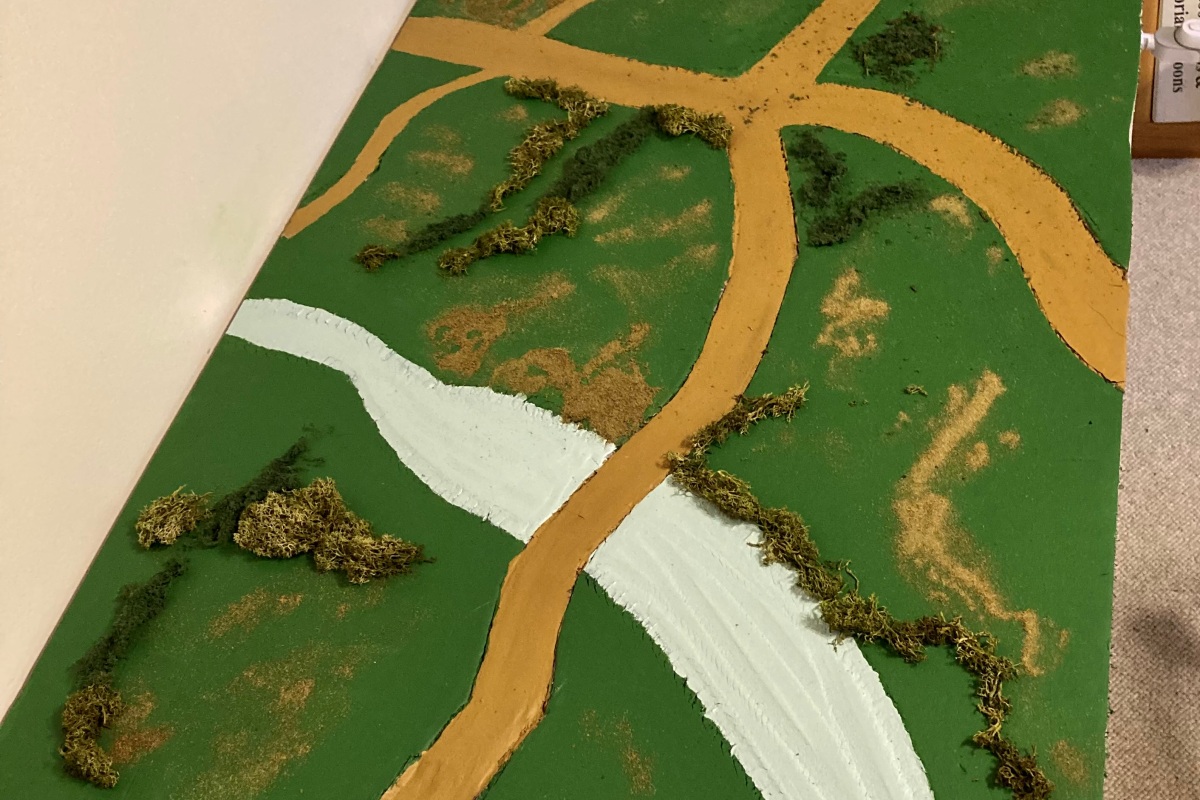 For many years, in addition to assembling plastic military models, I also engaged in wargaming. Friends and I played HO scale and 1:1200 scale land and naval battles on the ping pong table located on my home’s screened in porch. We even founded a wargaming club at our high school. As with building models I stopped wargaming decades ago, but like modeling I decided in recent times to take it up again.

A slab of insulation that I held onto for years – even moving it to our new home – is the basis for the playing surface. Its compact dimensions and light weight make it easy to store upright in a closet, when not in use. I used an XACTO knife to make shallow excavations for the roads and watercourse; I laid down craft paper for a roadbed, which I then painted.

Given that I wanted to have the ability to alter the table’s terrain to suit different gaming scenarios, I made up a bunch of cardboard hexagons, adding foliage to a few of them. These hexagons can be stacked of positioned a number of ways, to represent different elevations.

Sometimes a battle I plan will feature a village. For this I made a cardboard template, painted to illustrate dirt streets; the cut outs are where buildings will be placed – once I’ve built them!

The photo above indicates how the terrain hexagons look on the table . . .

. . . while this one shows how the village template will appear.

Wooden fences were a common feature of mid-Nineteenth Century farms and other rural settings. There were a number of fence styles but I decided to use the split rail variety. In case you hadn’t guessed it, these are challenging to build. I used wood from coffee stirrers for the rails.

I’m having a lot of fun creating the things I’ll need to stage my little American Civil War battles! Any comments?